In 1982 a new station was announced in a blaze of publicity. TV-am would be Britainâs first breakfast show and would launch early in 1983 with a huge budget and a galaxy of stars, with a mission to rival Radio 4âs Today programme. In response the BBC recruited veteran broadcaster Frank Bough along with Selina Scott and Nick Ross to create a BBC version, widely expected to be a rearguard action.

In fact the BBC version was first to go on air (17 January 1983) and upturned all expectations. The 2Â½ hours of live programming went seamlessly and, above all, entertainingly. While Nick Ross was often handed harder news and political interviews, he and Bough wore colorful jumpers against a bright and breezy set and all the presenters adopted an unusually relaxed style, mixing serious politics with showbiz gossip, morning fitness exercises and (much to Rossâs dismay) even astrology. After one of the first major interviews Ross took the Chancellor of the Exchequer across the studio to sample a cookery demonstration – an unprecedented novelty in an era where politics was treated with great formality.

The show was an instant hit, humiliating and ultimately bankrupting TV-am which followed a more traditional and earnest format more suited to evening TV than early morning.

The cheerful format turned out to be remarkably adaptable. In 1984 viewers woke to find Nick Ross presenting live coverage from the Brighton bombing, an IRA time-bomb which partly destroyed the hotel housing delegates to the Conservative Party conference, killing five, crippling several people including the wife of a cabinet minister, and almost killing the prime minister Mrs Thatcher.

Ross was headhunted to front a new peak time early evening news programme and left the show in 1984. With the departure of several of those who created the show, Breakfast Time became less confident and in 1986 reverted to a more traditional and earnest current affairs format. 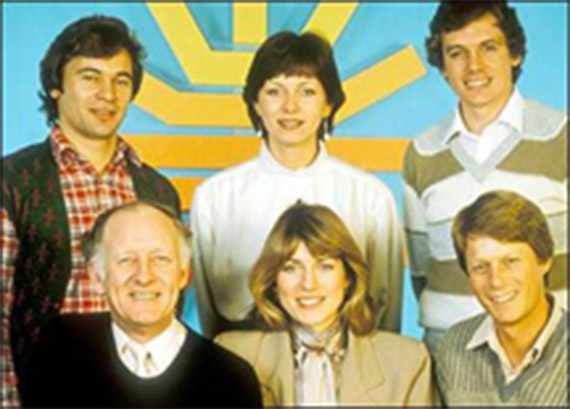 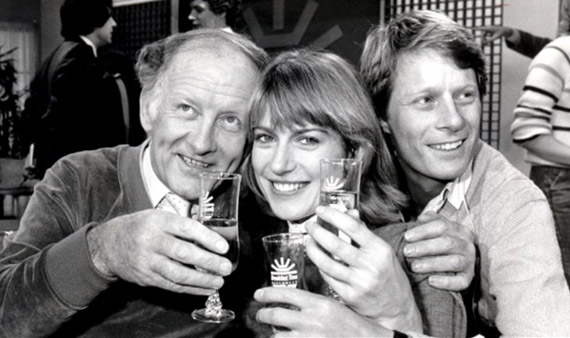