Nick is best-known for his expertise in crime and community safety but has commitments in NHS healthcare and bioethics, science and debunking pseudoscience, evidence-based medicine and public policy, and has led campaigns to tackle road casualties and fire deaths. He champions a different funding model for public service broadcasting, and retains an interest in the peace process in Northern Irelandand environmental issues.

Here are some of the campaign issues he has taken up over many years. 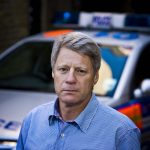 Ross conceived the new discipline of Crime Science and inspired and founded the Jill Dando Institute of Crime Science at University College London, where he is chairman of the board. He is an Honorary Fellow of UCL and of the (American) Academy of Experimental Criminology, and author of âCrime, how to solve it and why so much of what weâre told is wrongâ.

After years presenting a TV show on crime Nick Ross was disappointed at the failure of criminology to stem crime and sought more practical and scientifically robust ways to cut victimisation. He was one of the first to point out that crime began to fall from the 1990s onwards â an issue now generally accepted but which was highly controversial until recently. He was also one of the first to explain why the tide of crime had turned. In 1995 he coined the term Crime Science to mark out a new multidisciplinary and evidence-based focus on crime reduction*.

The Jill Dando Institute at UCL has grown into a major Department of Security and Crime Science, with undergraduate teaching to five-star research status, housing one of the worldâs largest secure data labs, helping to improve policing and with the worldâs first dedicated crime forecasting centre. Crime Science is now established at several universities around the world.

Ross was also influential in the earliest national adoption of targets to reduce crime and in particular to cut car crime where he led an initiative involving the Department of Transport and the DVLA to reform vehicle registration procedures. In 2000 he gave the Police Foundation Lecture jointly with the then Metropolitan Police Commissioner, Sir John (now Lord) Stevens, urging an evidence-based approach to crime policy instead of what he described as âpolitical wheezesâ. (A memorable Radio Times cover quoted him saying, “Governments are clueless about crime. They come at it like amateurs talking in the pub.”)

He worked with the EC and others to establish a new business-led campaign against crime and has been a member of several government inquiries on crime. He was an adviser to Victim Support and to reviews on crime statistics. He is a regular speaker and adviser on crime reduction, terrorism and security, including a keynote addresses to the annual conference of the Association of Chief Police Officers and to successive Cumberland Lodge National Policing Conferences. He authored the crime prevention section of the Government Chief Scientistâs 2015 annual report, summarised by Sir Mark Walport as, âa straightforward way of using inducements to civil behaviourâ. He is a Trustee of Crimestoppers, an adviser to the National Police Chiefs Council, chairs the Westminster Hate Crime Commission and is a member of the Barber Inquiry into the future of policing.

*Crime science is less concerned with political theory, criminal justice or redemption of people than with demonstrably effective and measurable ways of reducing victimisation. Most epidemics and cuts in crime are explained by changing circumstances in which individuals find themselves rather than by moves to re-engineer people or society, so while Crime Science embraces police training, detection methods and forensic science it finds most leverage in improving security by rethinking products, services or policies so as to design out unnecessary temptations and opportunities for crime.

Nick Ross is a Trustee of Sense About Science, is a regular speaker at science meetings and was a founder-supporter of the Campbell Collaboration, the international partnership to improve scientific methodology in the social sciences.

He helped to change the climate of science reporting in the early 90s with an influential series of articles critical of media portrayal of science.

He has been a member of the Committee on Public Understanding of Science and of several advisory boards such as the Societal Issues Panel for the Engineering & Physical Sciences Research Council. He was Guest Director of the Cheltenham Science Festival, the largest public science meeting in the world and has twice been chairman of the Royal Society Science Book Prize.

He founded the new discipline of Crime Science at University College London where he is an honorary fellow and visiting professor.

In 2013 he inspired an initiative called Evidence Matters to promote evidence-based public policy which merged with Sense About Science. In its 2016 report, Missing Evidence by former Court of Appeal judge Sir Stephen Sedley, recommended that government should audit and publish all its research findings. From 2017 Evidence Matters has been core to Sense About Science policy, including annual Evidence Week held in parliament in collaboration with the House of Commons Library. 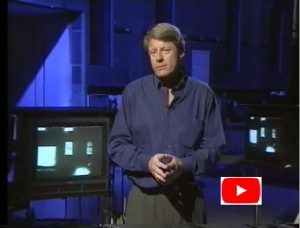 We Shall Overcome â Nick Rossâs award-winning and very personal account of the violence in Northern Ireland.

Nick Ross was a student leader and civil rights campaigner in the late 1960s, reported from the Province through much of the 1970s and continues to have an interest in Northern Ireland affairs.

His autobiographical account of the start of the troubles won a best documentary award and was hailed by the Irish Times as, âThe true story told for the first time on television,â through the eyes of Nick Ross, âthe well-informed English journalist (nearly an oxymoron when it comes to writing about Ireland).â

In 2002 he was awarded an honorary doctorate from Queenâs University Belfast.

He is a Fellow of the World Wildlife Fund, served two terms (2004-2011) as a WWF Ambassador, and is an Honorary Member of Population Matters. In past years Ross worked on conjunction with the Foreign & Commonwealth Office on environmental issues in British Overseas Territories.

For two decades before it became fashionable, and five years before the Burns Inquiry first reached similar conclusions, Nick Ross warned that by clinging to the licence fee the BBC would become a shrivelled version of its once mighty self. Weighed down by a fixed income it would be drowned in a rising sea of commercial output. Digital technology would be transformative, creating rival platforms, unleashing almost limitless air time and stimulating a colossal growth in output. Gradually, as audiences embraced hundreds more channels and multimedia environments, and even made TV output of their own, the BBC would lose public and political support, threatening its status as an untouchable national treasure.

The RSA first published his proposals in 2002, and he subsequently chaired meetings between the Ofcom Content Board and broadcasters, and for the Voice of the Listener & Viewer, predicting that by the 2020s the BBCâs influence would have waned, along with its justification for a universal levy. Worse still, in order to justify the licence fee, the BBC had to chase ratings much like its commercial rivals. This would degrade its output, making it ever less distinctive. Ross forecast loss of specialist arts and science programmes, progressive loss of the BBCâs distinguishing public service remit, and diminishing status around the world.

He proposed two paths to migrate to far less State dependence, and to rebuild a unique proposition. Since the BBCâs reputation was built on trust, it should never carry advertising, and in any case commercials could increasingly be spooled past or blocked. Instead it should pioneer subscription services – and do so quickly before commercial rivals stole a march on these new income streams. Not only hit shows and high-ratings TV networks could benefit hugely from subscriptions, but even more so channels that built loyalty like speech radio. Second, in order to justify a continued element of public levy, the BBC should have a more determined focus on areas of market failure. Where the State should retain its role was in subsidies to arts and sciences, and in funding BBC news around the world to project British values and promote informed democracy around the world.

Rossâs warnings first proved prophetic when the BBC, twice, agreed to downgrade its world-beating news website, which quickly became third-rate and a minor player on the global stage. By 2008 an IpsosMori poll showed that almost as many Britons opposed the licence fee as supported it. By 2009 the BBCâs Director General conceded that the licence fee could seem anachronistic and might need to be replaced, and in 2013 Roger Mosey, the BBCâs outgoing editorial director, agreed, suggesting that the licence fee might be shared among all broadcasters to promote greater quality and diversity.

The same year The Sunday Telegraph published Rossâs manifesto for the BBC and in 2014 his proposals were debated at Civitas and at an RTS seminar in the House of Commons – where Michael Grade called his ideas for less dependence on the licence fee ânaÃ¯veâ.

In a personal submission to the 2017 Charter Review, Ross proposed a last-ditch alternative to BBC decline, urging a one-time only step-up in the licence fee in return for a BBC commitment to migrate to more self-funding by the following Charter renewal in 2027. Speaking at the Edinburgh TV Festival that year he lambasted BBC panjandrums for debasing the institution at the heart of British broadcasting. He conceded that the BBC would again win its conventional approach, but predicted that, as it had been in 2007, it would be a pyrrhic victory and would lead to further cuts.

Rossâs former colleague, Jeremy Paxman, now came to the same conclusion, pronouncing the licence fee âold-fashionedâ¦ Look how the likes of Netflix and Amazon now take extraordinary amounts of money from huge numbers of people electronically. Why canât the BBC wake up to this?â By then the licence fee was proving to be an albatross, imposing severe cuts including scrapping of the science department, forcing the BBC downmarket and scrambling for younger audiences.

In 2019, ten and perhaps twenty years late, the BBC finally announced preparations for its own streaming service, Britbox.

But by now, as the former BBC executive Roger Mosey conceded, the once world-beating broadcaster was facing irrelevance even on its home ground. âThis is not scaremongering,â he said, the BBC is, âat risk of being eatenâ. Its only option now, as Ross had argued many years before, was to focus on areas of market failure.

Finally, five years after ex-DG Michael Grade had said Ross’s idea was “naive”, even the BBC’s Chairman, Sir David Clementi, came round to accept there was, “no doubt that the BBC would do well under a subscription model”.

He still defended the licence fee, arguing subscription would largely cater to the “better off” – seemingly unaware that a BBC licence costs Â£142 compared with Â£72 for Amazon Prime or Â£60 a year for Netflix. (And perhaps Sir David was too grand to have heard heard the old saw, ‘What do you call those things with satellite dishes sticking out of them?” The bad joke answer: “Council homes.”)

Ross maintained that Sir David showed no signs of understanding how much global leadership the BBC had already frittered away, and that it might now be too late. With no courage to loosen its dependence on State funding, nor resolve to compete distinctively on quality, the BBC had ever fewer signs of having purpose and, like Eastman Kodak, had missed its chances. A gold rush was taking place in which not every player will survive, but where the BBC should have been the trailblazer.

“Now it is scrambling to retain a small piece of the action. Even Apple spends three times more on programmes than the BBCâs entire budget. The BBC once has global status. It was never inevitable that US corporations would drive it to the margins. It is doing that all by itself.” 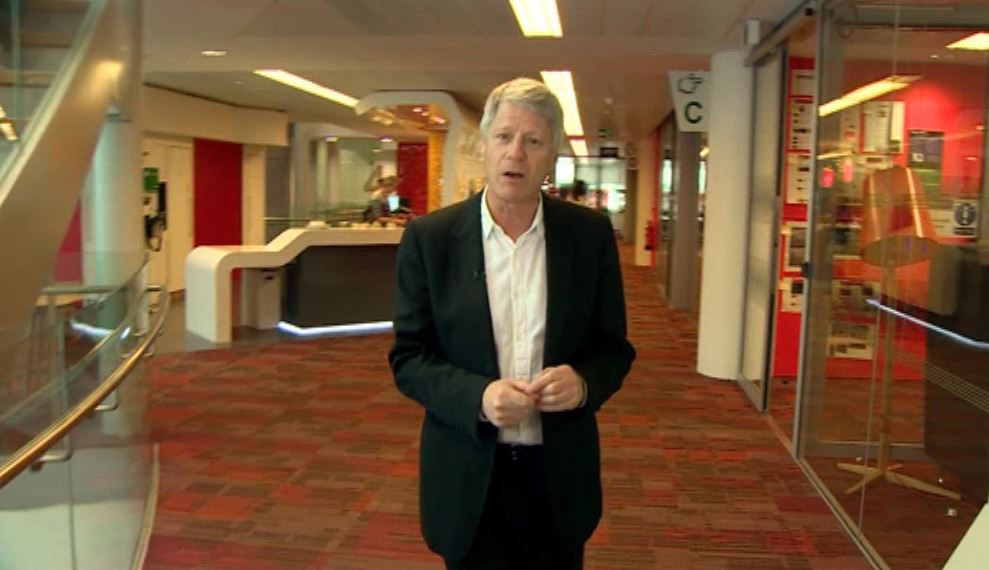 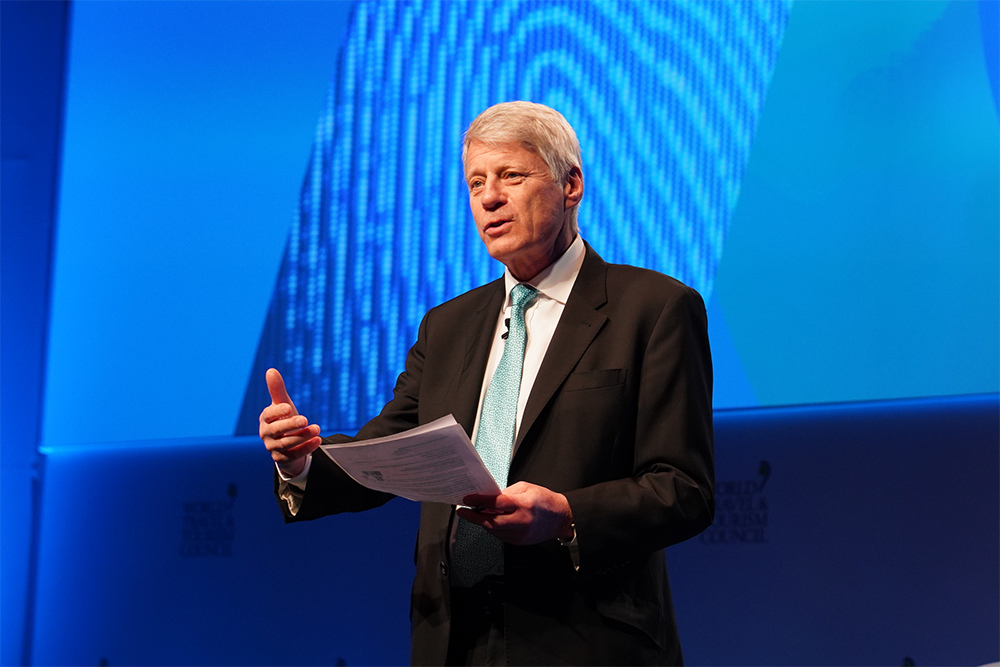