In the 1980s Nick Ross produced and directed a hugely influential and much-repeated TV inquiry, The Biggest Epidemic of Our Times, which was widely credited with transforming public attitudes and public policy. Three decades later a BBC science series described it as the broadcast that âwould transform road safetyâ and which âlead to an historic victory in the struggle to save livesâ (Dallas Campbell, A Horizon Guide to Car Crashes, BBC4, 9pm, 21 October 2013).

Rossâs subsequent political campaigning was similarly forceful. According to one commentator the effects of his lobbying were so profound that, âin significant consequence British mortality rates of people under 50 are among the lowest in the worldâ (Morgan, Adam, Eating The Big Fish, Wiley, London, 2009, pp134-136).

The most notable achievement was when roads minister Peter Bottomley formally accepted Rossâs challenge to set challenging government targets to cut fatalities (the first of which was a one-third cut to 4,000 deaths by the year 2000). Others also signed up to the idea of targets including the Institute of Highway Engineers. Ross was invited to chair RoSPAâs National Road Safety Committee. Road deaths plummeted to 3,500 by the turn of the millennium, almost half the average for the previous half century, and by 2017 fatalities were down to 1,710, the lowest level since records began in 1926.

This downward trend came to a halt when the government abandoned targets in 2011. In 2016 Ross met ministers to propose a new targeted approach, nut no avail.

Ross presented a long-running peak-time series So You Think Youâre a Good Driver on BBC One, chaired RoSPAâs national Road Safety Committee, andwas for many years President of the London Road Safety Council. He is a Vice President of the Institute of Advanced Motorists and continues to lobby at road safety conferences in the UK and internationally. 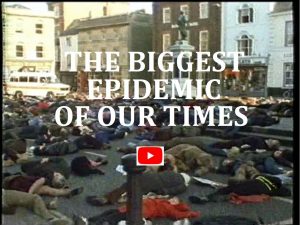