Nick Ross is a Trustee of Sense About Science, is a regular speaker at science meetings and was a founder-supporter of the Campbell Collaboration, the international partnership to improve scientific methodology in the social sciences.

He helped to change the climate of science reporting in the early 90s with an influential series of articles critical of media portrayal of science. The UKâs National Institute for Clinical Excellence can trace its roots to meetings held at his home to promote evidence-based medicine and transparent allocation of scarce health resources, and as a contributor to the James Lind Library he coined the term âFair Testsâ which has increasingly been used to describe randomised clinical trials.

He has been a member of the Committee on Public Understanding of Science and of several advisory boards such as the Societal Issues Panel for the Engineering & Physical Sciences Research Council. He was Guest Director of the Cheltenham Science Festival, the largest public science meeting in the world and has twice chaired the Royal Society Science Book Prize.

He founded the new discipline of Crime Science at University College London where he is an honorary fellow and visiting professor.

In 2013 he inspired an initiative called Evidence Matters to encourage evidence-based public policy. It merged with Sense About Science (of which Nick is a trustee) leading to the Sedley Report on ministerial withholding of research evidence, and to a continuing collaboration with the House of Commons Library, the Science Select Committee and universities to promote evidence-led debate in parliament.

From his early days of reporting on the Northern Ireland âtroublesâ, Ross discovered how news is filtered to fit the sensibilities of readers, viewers and listeners. The BBC was reluctant to broadcast his first-ever UK reports of army brutality, although the issue was common knowledge in Ireland. Similarly, the Bloody Sunday massacre by paratroopers was widely reported in Britain as an act of self-defence, but in Ireland as cold-blooded killings. (It took thirty years before the Saville Inquiry found that widespread loss of discipline by Paras killed 13 people ânone of whom was posing a threat of causing death or serious injuryâ and, as a result, strengthened the IRA and exacerbated the violent conflict.)

Throughout his career, Ross became increasingly intrigued at how easily dispassionate facts were trumped by a strong narrative, and his readiness to cite examples of unconscious bias and selective reporting led a senior fellow-broadcaster to call him a âself-hating journalistâ. This might seem quaint in the post-truth world where unwanted facts are routinely written off as âfake newsâ and where so many people massage their own opinions in the echo-chambers of social media; but mainstream journalists â so keen to find fault in others â remain remarkably unself-critical. In particular Ross showed how public fear of crime trends was consistently skewed by bad reporting, with almost no coverage of the steep and consistent falls in crime between 1995 and 2015. The public was profoundly misinformed, yet journalists remained convinced of their noble public service.

His creation of Crime Science as a distinct discipline resulted from his exasperation with much of criminology where, in the 1980s and 90s, innumeracy, scientifically illiteracy, and political bias were widespread. Many lecturers were political activists or philosophers rather than scientists in a form that would be understood in, say, the Royal Society. Even those who werenât Marxists were usually unwilling to repudiate those who characterised the State as the enemy, and the police as the agents of oppression, and had remarkably little interest in the plight of victims of crime, except that offenders themselves were often cast as victims. Some areas of the social sciences are still dogged by partisan tendencies be they right-wing and retributive, liberal and restorative, or by militant special interest groups concerned with racism, feminism or other largely political preoccupations. Many leading criminologists, privately at least, will now concede this is the case, and the discipline has taken great strides to reinvent itself.

Even more disconcerting was the lack of unbiased evidence in medicine. Back in 1986 Ross was asked to take part as a lay representative in a three-day consensus conference on breast cancer, and was appalled at how experts justified intrusive and often mutilating surgery on the basis of personal opinion. He began to campaign for evidence-based medicine, gave evidence to several national inquiries, and was a founder of HealthWatch of which he remains President.

In 2010 he turned his attention to the lack of evidence in government. Peter Orszag and John Bridgeland, senior officials for Barack Obama and George W Bush, sought to quantify “how blindly the federal government spends” and looking back on their time in the White House they reckoned that less than $1 out of every $100 of government spending was backed by âeven the most basic evidence that the money is being spent wiselyâ. Even in the UK, where there is parliamentary scrutiny, the NAO and other official and unofficial guardians like the Institute for Fiscal Studies, public policy is based largely on good intentions, inertia, hunches, partisan politics, and personal relationships. Hence in 2013 he founded a new campaign called Evidence Matters, which merged with Sense About Science and from 2017 became the charityâs main aim. 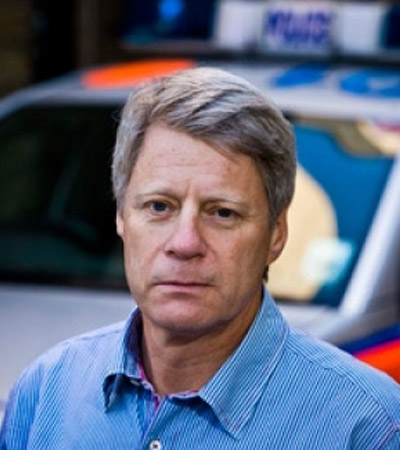