Nick Ross has proposed a wholesale recasting of crime policy.

He conceived the discipline of Crime Science and founded and chairs the advisory board of the Jill Dando Institute of Crime Science at University College London, where he is a visiting professor and honorary fellow. He has been a member of several UK government crime reduction committees, a trustee of Victim Support and Crimestoppers, and an adviser on leadership to the National Police Chiefs Council.

His book Crime, how to solve it and why almost everything weâre told is wrong âexplores a theory of crime so simple and universal â and in its way obvious â that itâs almost shocking. He has turned my assumptions upside down.â (Matthew Parris of The Times).

Crime has been with us since Adam and Eve and, surprisingly, God didnât spot the solution. Rather than punishing the miscreants, it might have been better had he put the forbidden fruit higher up the tree.

We have been too slow to realise how strongly crime levels are dictated by temptation and opportunity.

It took a lot of research to persuade me of this. When in 1984 I started presenting Crimewatch I shared everyoneâs presumptions that crime is caused by criminals. It seemed obvious: if we want to cut crime we must cut criminality.

Quite by chance, three years later, I had an epiphany. As well as presenting Crimewatch I was reporting for the BBC and, at the start of Chinaâs astonishing race towards modernisation, I stood on a top-floor balcony in a dusty town with the local mayor. He proudly pointed out the local hospital, a big school and a prosperous cluster of new houses. Why, I asked, were some of the new homes surrounded by barbed wire? The mayor responded sorrowfully: âBurglaries,â he said. âMostly televisions.â

I hadnât realised burglary was a problem in China.

It wasnât,â said the mayor.

The mayor recoiled slightly as though it were a trick question. After a moment he responded gravely: âWe didnât have televisions.â

This simple exchange struck me as revelatory: television does indeed cause crime, but not in a way I had ever considered before.

Human nature remains more or less constant from one generation to another but situations change, and it is those evolving situations that largely determine how much is stolen, how many people are assaulted and how many citizens get hooked on drugs or even child pornography. The message is that if you want to cut crime then you need to spend more time on low-hanging fruit.

It really is true that opportunity makes the thief. To a vast extent, it also creates the football hooligan, drink-driver, knife-wielding youth, sex offender, violent lover, fraudster and murderer too.

By seeing crooks as the big issue we tend to not to notice how important immediacy is. We favour solutions which are remote â improving parenting, for example â rather than improving security at the scene of the crime.

We still need to catch offenders â I am a proud trustee of Crimestoppers â but we cannot simply arrest our way out of trouble.

Go to The Crime Book.

âShocking, he has turned my assumptions upside downâ – Matthew Parris âFascinating, beautifully written, an evidence-rich zoneâ – David Aaronovitch âI was buoyed by Nick Rossputting into such effective language the need to challenge so much of what is saidâ – Herman Goldstein 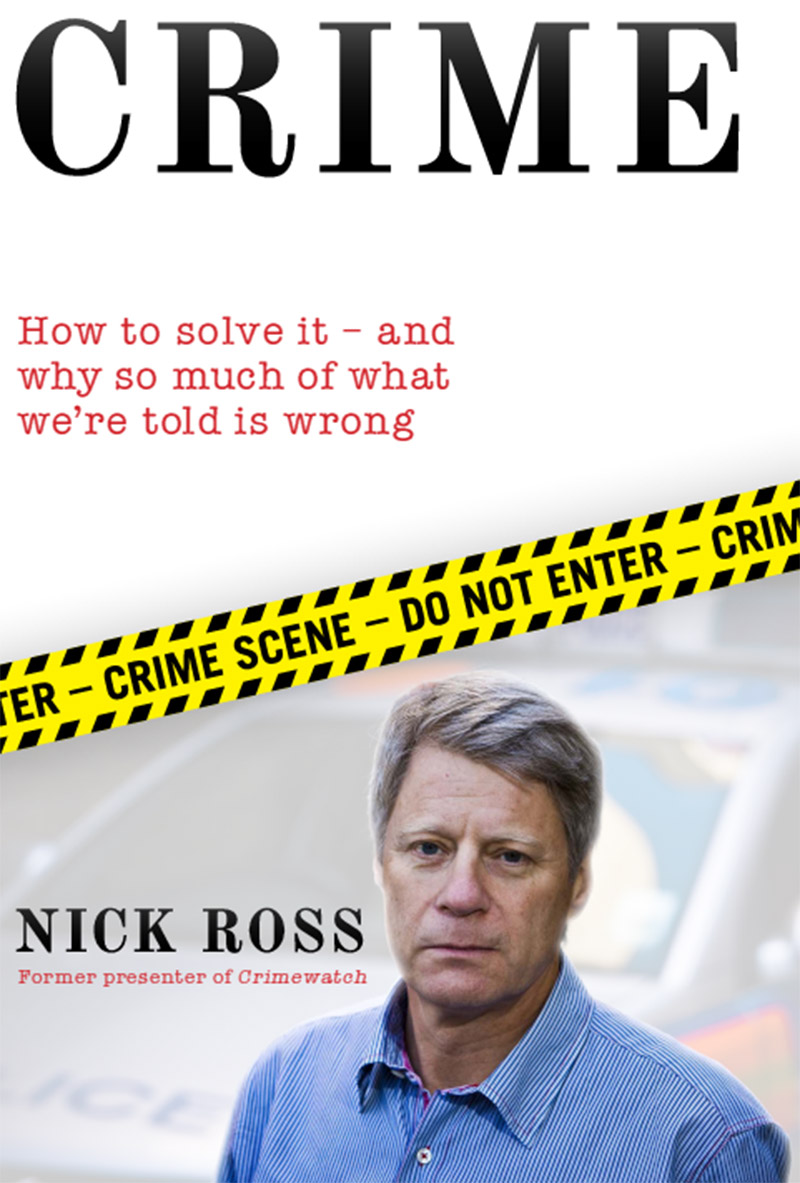