Here is a sample of Nick Rossâs wide-ranging contribution to British broadcasting over more than four decades, listed in broadly chronological order.

World at One Reporter

Call Nick Ross (1986-1997) reinvented the phone-in as serious and influential dialogue, and became a prime 9-10am feature on Radio 4.

A think-tank of the air (1997-2005): a commission of inquiry exploring iconoclastic solutions for major political and social problems.

Newsnight and Heart of the Matter

A Week in Politics

A weekly review of politics with live interviews of leading politicians and pundits, 1986-1988

Ross was a lobby correspondent for four years presenting Westminster with Nick Ross (1994-1997) which combined political debate with live coverage of parliament.

Crimewatch was the UKâs foremost crime appeal show and a consistent peak-time ratings hit from the moment Nick Ross launched it in 1984 to the moment he left the programme in 2007. During the time when he played a significant role in Crimewatchâs editorial direction it was nominated for national awards as best factual programme in 2002, 2003, 2004 and 2005.

The Truth About Crime

In 2009 Nick Ross and filmmaker Roger Graef devised a 3-part peak-time series auditing crime in a typical British city, and revealing the myths beneath the headlines about crime. View programme

The first time cameras have been allowed inside the so-called Black Museum at Londonâs New Scotland Yard, an unrivalled collection of artefacts from notorious crimes since the mid-nineteenth century.

âDonât have nightmaresâ as BBC One devoted a whole day and evening of its schedules to exploding the myths and exploring the realities of crime, September 2002.Nick Ross with Fiona Bruce and Peter Snow exploded myths and tested the nationâs attitudes to sentencing with the largest judging panel ever created to shadow real events. Viewers decided what punishment fits the crime (and surprisingly concurred with the judges). Nick Ross interviewed the Home Secretary with a courtroom audience.

In the 1980s and 90s Nick Ross produced, directed, reported or narrated many films including The Biggest Epidemic of Our Times (on road accidents, BBC-1 and 2, variously repeated and updated), The Fix and The Cure (on drug addiction) for BBC-2, We Shall Overcome, an award-winning autobiographical account of the Troubles in Northern Ireland, and biographies of Robert Mugabe and Enoch Powell.

Nick Ross had reported for Man Alive on drug abuse and returned to the theme as a director and producer, exposing the hidden depths and complexities of addiction and following the life, and repeated near death, of an addict called Gina. View programme

The Biggest Epidemic of Our Times

In the 1980s Nick Ross wrote, produced and directed a hugely influential documentary which transferred from BBC2 to BBC1 and was often-repeated, with excerpts being broadcast for over 20 years. He turned an abstract number of UK road deaths into graphic footage by persuading residents of a typical a market town (Wallingford, pop 6,000) to lie down as if dead, and reframed road safety as The Biggest Epidemic of Our Times. was widely credited with transforming public attitudes and public policy and caused the government to introduce targets for road fatalities. Deaths fell from over 6.000 to 1,710 in 2017. View programme

Nick Rossâs autobiographical and controversial TV history of the start of the Northern Ireland troubles. Transmitted BBC One Northern Ireland October 1998, UK BBC Two 7.30pm Saturday 27 March 1999, and PBS in the US. We Shall Overcome took the Best Documentary award at the Celtic Film Festival in March 1999. See articles. âThe true story was told for the first time on television in We Shall Overcome, presented by Nick Ross, the well-informed English journalist (nearly an oxymoron when it comes to writing about Ireland).â Eoghan Harris, Sunday Times. âHe demolishes many myths and gives us the kind of fact-based plain speaking that is all too often lacking on this subject.â Criticsâ TV Choice, Daily Mail, âAn accessible, opinionated and vivid account of what went wrong.â The Guardian. View programme

Presenter, BBC Two 1976-83. Man Alive Man Alive had been an important documentary series tackling social and political issues from the perspective of individuals involved. Nick Ross was recruited to help create live documentary-style programmes, mingling filed material with studio interviews and graphics. In addition Ross produced and directed several acclaimed filmed documentaries including The Fix, which followed a junkie called Gina, and a campaigning programme on road deaths called The biggest epidemic of our times.

A major BBC event fronted by Nick Ross and Esther Rantzen launching a âJust say noâ campaign, featuring live interviews by Ross with Diana Princess of Wales and presenting what was then the results of the largest survey into drug abuse in Britain.

So You Think You Know How to Driveâ¦ BBC One, Tuesdays 8pm, 1999-2002. Road safety made dramatic and entertaining. âAn audaciously rich blend of proven contemporary formats, unashamedly didactic and morally improving â an ambition largely abandoned by programmes that go out in the middle of the eveningâ Giles Smith, The Sunday Telegraph

Presenter, A BBC One peak-time battle of wits, Mondays at 7pm July-September 2000.âSuper-smooth Nick Ross hosts the general knowledge show which is a fiendish combination of Trivial Pursuit and the Krypton Factor.â Garry Johnson, The Sun.

The Grierson Awards for Documentary, including Best Historical Documentary and Best Drama Documentary; named after John Grierson who was responsible for Drifters and Night Mail.

Fallout: the legacy of Chernobyl

Radio 4 documentary returning to Chernobyl after 25 years, recounting the story of unfolding horror as a test on the nuclear plant went out of control, and exploding myths on radiation, 2011. 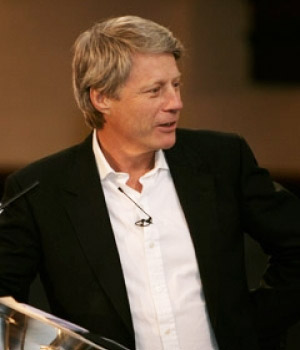