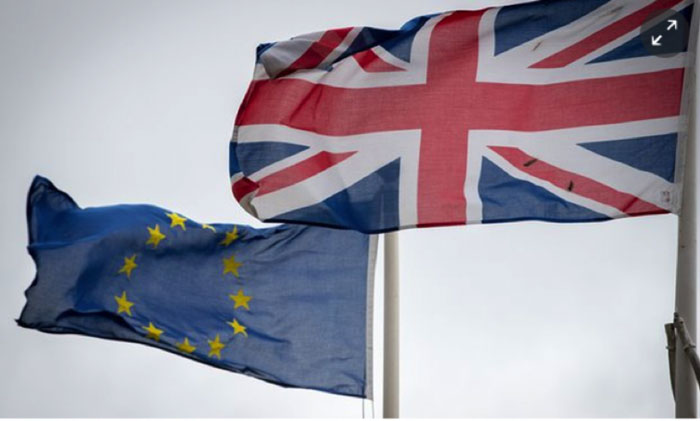 Not since 1933 has a European democracy engaged in such self-indulgent and dangerous democratic vandalism.

This is an emotion-loaded moment and this is an emotionally-laden reaction. A more measured one will follow. Of course Brexit itself was driven by emotion, chiefly resentment, much more than it was inspired by hope or a vision for the future. The nation which was least shackled of all EU members convinced itself it was enslaved. The areas most dependent on EU handouts felt most ingratitude. Facts were trampled as though they had no more value than opinions.

But the market reaction speaks for itself, wiping 10% off peopleâs pensions and stripping the UK of its golden credit rating (and that alone will cost us far more than any savings from EU membership). We have betrayed our friends in Europe, weâre about to break up the United Kingdom and we will be lucky to win a single dispensation in our negotiations, all because the old and those who contribute least to our economy â including a majority of those who are a drain on it â betrayed the young and those who build our prosperity.

As Lord Ashcroftâs remarkable poll makes crystal clear, the retired and elderly, the fearful, mean-minded and unproductive have trumped the young, optimistic, open-minded and economically active. These are generalisations, of course, with many young and successful people expressing their dislike of immigration and many conservative country folk voting for Remain. But if anyone hoped the referendum would heal divisions it has aroused bitterness and created discord. Half the country has found itself on the wrong side of the referendum, and I guess that a good proportion of those who voted for Brexit now have regrets (or at any rate second thoughts).

Ironically the more prosperous and better educated are feather-bedded compared to the relatively disadvantaged. Those who found Brexit most appealing are the ones who will get most hurt.

The stock market has crashed, big businesses are reeling and foreign investors are frozen in their tracks, financial and manufacturing industries based here are already looking to relocate, and we will haemorrhage jobs as we are ejected from European institutions â including UK-centric institutions like the European Medicines Agency. And then there are all the unconsidered consequences such as a slump in tourism, one of our biggest exports, as we are expelled from the Europe-wide visa clearance scheme. The tumbling exchange rate will help exporters (so thatâs why Dyson and Bamford wanted Brexit: to damage sterling) but from now on we have lost our seat at all the standard-setting institutions and Europeâs powerful bodies that make the rules for global trade. Worse still, hardly anyone in Whitehall has experience of negotiating bi-lateral trade treaties with other nations.

In any case â and this is no small matter â we have betrayed our partners, snubbed our closest allies, stimulated nationalists and far right extremists across the continent and done the work of Islamist fanatics by damaging the worldâs economy and undermining Europe.

Here at home we will soon be plunged into constitutional crises. The SNP has already signalled a new call for breakaway, and heaven knows if the Brexit vote will reignite conflict in Northern Ireland. Across the kingdom people are more divided then before, not less, with many plunging into a state of disbelief and depression. I, for one, find myself feeling like a foreigner in my own country, bewildered at how the rural middle-classes could be so myopic, saddened at how working-class voters, once the model of progressiveness, could be drawn to the anti-immigrant rhetoric of UKIP. The very constituencies once thought Labourâs heartland, in the shipbuilding north-east and the coalmining valleys of Wales voted angrily with the toffs of Norfolk and the shires.

Perhaps we shouldnât be surprised. We have seen the surge of right-wing and neo-fascist groups in France and even Germany and watched in amazement as the anti-intellectual demagoguery of Donald Trump propelled a loudmouth and inflammatory bigot towards the White House. Too many citizens feel powerless as the world changes around them in rising cadence. It is not that people donât like change â far from it, we crave stimulation and dislike boredom â but when change happens we like to feel in control. We often donât use our vote when we have it (for example, look at the elections for police and crime commissioners where almost none of us bothered) but even when we do few of us feel we have much influence. The constituencies for local councillors are now as big as they were 150 years ago for MPs. So never mind that the âunelectedâ European Commission is said to be self-serving or out of control â it is appointed by elected government leaders and all its important decisions are subject to the European Parliament and to national vetoes â the sense of alienation transcends the technical realities.

Yet the return of sovereignty is a naÃ¯ve illusion, a mirage in an increasingly interdependent and global world.

Worse, it is not as though the victors in this campaign have a clue about how to put globalisation back in its box. When the new leadership sweeps in it has no published plan and will have no answers to any of the problems it set out to solve, from immigration through fishing rights to the NHS, and it will face a battleground of crises of its own making.

We donât have a parallel world so we cannot compare what actually happens with what would have happened, but we donât need to be clairvoyants to recognise that our economy has taken a body blow and that the next few years will be bloody. Instead of increasing our authority and fighting our corner on assuming the Presidency of the European Council next year (due on July 1st) we will be pariahs.

However, we are where we are and we need to salvage what we can from the wreckage. One of the initiatives Iâve been funding is to promote evidence-based policy in government. We made progress under Cameron who personally indicated support and put me in touch with Cabinet Office people through whom we have some departments of State ready to sign up. We must fight to encourage the development of evidence-based public policy rather as doctors have increasingly embraced evidence-based medicine. It doesnât inhibit politics, it doesnât fight ideology; it simply asks that if civil servants (and by implication ministers) put up an idea, or quash one, they show their workings. We have a parallel movement in the US, led by Michael Bloomberg and I hope we will partner them here. We have just published a report [https://researchinquiry.org/] by Sir Stephen Sedley, a former judge in the Court of Appeal, into the need for more rigour and transparency in government research. 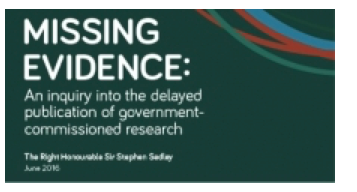 If only an evidence basis had been the bedrock of the Brexit debate.

Yet the risk is that the new government will have new SPADS (âspecialâ political advisors chosen because they are believers) and a new and more ideological outlook â one which thus far indicates it is more interested in bombast than evidence.

I can honestly say that I have never, not even when living in the turmoil of a quasi-civil war in Belfast, been so depressed about politics and human stupidity. Yes, the turmoil will in time die down. There will be a phoney war when it seems it might not be so bad after all. But history will regard June 2016 as an exercise in self-inflicted harm and the beginning of one of the most difficult periods of peacetime British history.